FrankenStorm just in time for Halloween

Just in time for Halloween 2012, a “Perfect Storm” seasonably titled FRANKENSTORM is set to hit the East Coast. The MegaStorm  will Hammer most of the  East Coast and has the potential to be one of the worst natural disasters in history. The Rare mix of Hurricane, and Winter Storm have created a Perfect storm now hitting the Caribbean and will Hit  New York and New Jersey, Analysts are predicting that FRANKENSTORM will turn into a Billion Dollar storm at Minimum. One has to wonder if this could be the beginning of the end…  Our thoughts go out to those affected by this storm. 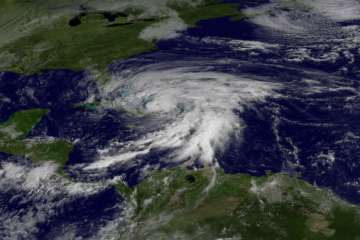