January 16, 2018 will be long remembered by Michigan residents as the night the Sky lit up and the Earth shook.  Shortly after  eight p.m January 16, 2018 a “meteor” entered the  atmosphere and streaked across the  clear moonlit sky.  Along with people in Michigan, there are reported sightings in Illinois, Indiana, Ohio, Pennsylvania and Missouri. People also reported seeing it in Ontario, Canada.   New reports that a meteor strikes local haunted house in jonesville Michigan in 2018 were confirmed  earlier this morning on site at DarkSyde Acres. 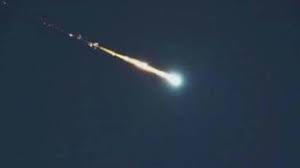 Local farmer says he seen it.

Local farmer and suspected serial killer Old Man Cox says he seen it. As reported by old man cox, There I was outside just minding my own business when all of a sudden I hear this loud sound, It sounded like a great big vacuum cleaner way up in the sky. Let me tell you, now I dont get scared easily but what I seen next scared the crap out of me, In fact I might of even peed a little.  Me and the dogs looked up and there was this bright blue light up in the sky, it kept getting closer and closer, brighter and brighter, and louder and louder. Whatever it was it lit up the entire sky , not only that but  it was BIG and was coming in low, barely clearing those tree tops right over there on the other side of that hill near DarkSyde Acres Haunted House. When it hit, I heard a loud explosion and it rocked the ground beneath me, It felt like one of those dang earthquakes you read about in them there books. 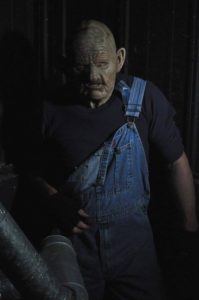 Now dont be telling that guy who owns that haunted house over there, but sometimes I sneak over there and have myself a peek at what hes doing and see all the scary things he has, but NOTHING , let me say it again, nothing prepared me for what I seen when me and the dogs went over the hill to see what that big loud light was. Im not exactly sure what I saw when the smoke and debris cleared but im going to tell you  I know thats no Meteor.  unless Meteors have little grey guys running around speaking some sort of gibberish back and forth giving me a dang headache. Felt like I was at the DMV , couldnt understand a word anyone was saying. I  pulled out one of these new fangled celluar phones that I took off a dead hooker, I mean found at the laundromat and took me a picture of what I saw, then I bootscooted back over the hill before that dang guy came up to see what all the ruckus was about. 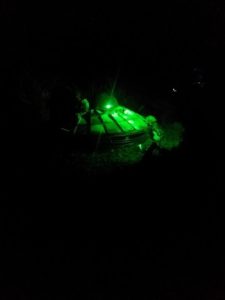 There you have it.

Well there you have it,  straight from a eye witness on location, complete with photographic proof that was no Meteor that streaked across southeast michigan last night on January 16, 2018.  Personally Im not sure what Im looking at up there, but Im inclined to go with old man Cox’ on that it isnt a meteor, half buried up on that hill at DarkSyde Acres Haunted House In Jonesville Michigan.