the Darksyde of Valentines History

In recent history, Valentines day has become a modern day sellers bonanza focusing on the  heart strings of those in love, those wanting to be in love, and even a few of those that are never going to buy into the whole being in love fiasco,  Got to love chocolates at a 75% day after valentines discount. From candy hearts to bouquets of the finest flowers and lavish dinners it seems as though many have forgotten the true darksyde history of Valentines day. Valentines day hasnt always been a day of love and adoration rather it has been gutted thru the years with blood and mutilation,  continue reading to see some of the DarkSyde’s of Valentines day. 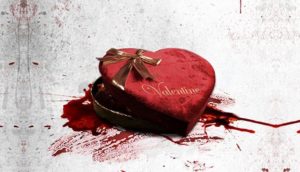 The true DarkSyde of Valentines day

One dark belief regarding the true darksyde of the origins of Valentine’s Day is that it is timed to coincide with the ancient festival of Lupercalia, a Pagan celebration of love where Roman priests would sacrifice a goat and dog before dividing the goat’s hides into strips , submerging them in the blood of the sacrificed animals, and slapping women and crops with the blood, They would then pair up the women with available men and then be obligated to spend the remainder of the year with them.  Kind of sounds like a lonely hearts club or perhaps a tinder hookup, minus all that blood and guts.

On February 14,  279 A.D., Valentine, a holy priest in Rome in the days of Emperor Claudius II, was executed. Under the rule of Claudius the Cruel, Rome was involved in many bloody campaigns. The emperor had to maintain a strong army, but was having a difficult time getting soldiers to join his military leagues. Claudius believed that the Romans were unwilling to join his army because of their love to their wives and families. Claudius banned all marriages and engagements in Rome. Valentine, realizing the injustice of the order, defied Claudius and continued to perform marriages for young lovers in secret. When the Emperor discovered Valentines Treachery he ordered that Valentine be put to death. Valentine was arrested and brought before the Prefect of Rome, who condemned him to be beaten to death and to have his head cut off. The sentence was carried out on February 14, 279 A.D., For his great service, Valentine was named a saint after his death. Thus forever securing his Darksyde, How many of you have lost your head in the name of love? 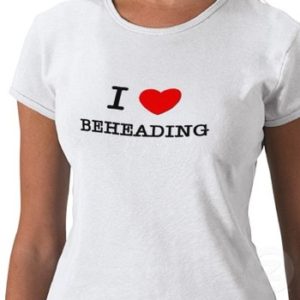 The DarkSyde of  St.Valentines day Massacre

Chicago’s gang war reached a bloody climax in the St. Valentine’s Day Massacre of 1929. One of  Al Capone’s longtime enemies, the Irish gangster George “Bugs” Moran, ran his bootleg business out of a garage on the North Side of Chicago. On February 14, seven members of Moran’s operation were Machine gunned down by Thompson submachine guns firing .45 caliber rounds and 12 gauge shotguns while standing lined up, in a row, facing the wall of the garage. When police officers from Chicago’s 36th District arrived, they could find only a few eyewitnesses, but eventually concluded that gunmen dressed as police officers had entered the garage and pretended to be arresting the men. Though Moran and others immediately blamed the massacre on Capone’s gang, the famous gangster himself claimed to have been at his home in Florida at the time. No one was ever brought to trial for the murders. Capone was never officially connected to the Massacre but was soon busted on a slew of other charges.

Now its the year 2018 and many Haunted Houses are opening for  Valentines day to bring you a lil non Halloween seasonal enjoyment. I can’t think of a better  reason than to crack open the rusty old gates at DarkSyde Acres Haunted House during the middle of  February than to have a bloody Valentines day event. However being located in Michigan, we are typically under a couple feet of snow on Valentines day, so thats a not going to happen anytime soon event.  with all of that said, the Guys and Ghouls hope you all have a wonderfully wicked Valentines day with those you love. 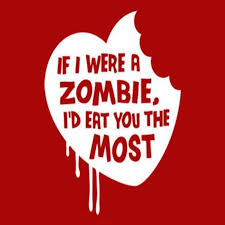