Those Darn Japanese are bringing Dining out for Brains to a whole new level, by Opening up a ZOMBIE themed restaurant. If I wasnt so dang old, I’d move DarkSyde to the East side…. East side of Asia that is….

Zombies aren’t known for enjoying sit-down meals; most prefer to eat on the run (or shamble).

However, Japanese zombies who want a taste of fine dining will soon get their chance in the form of a zombie-themed restaurant that is opening in Tokyo on July 13.

It’s called the Biohazard Cafe and Grill S.T.A.R.S restaurant, and is based on the Japanese version of “Resident Evil” videogames, known as “Biohazard. reports that Capcom, the company that makes the ‘Resident Evil’ games, plans to sell limited-edition items at the undead diner and entertain customers hungry for zombie-themed entertainment with dance performances by game characters.

Unlike actual zombies, which never really die, the zombie restaurant is scheduled to only last a year,

The menu hasn’t been released — or exhumed — but a similarly-themed restaurant that opened in January featured a cake made to look like brains,.

If the restaurant chef decides to put actual brains on the menu, Damien Casten — who runs Candid Wines, a distributor of small production wines in Chicago — recommends making sure the wine list includes a chenin blanc from Saumur or a chardonnay from the Maconais in Burgundy.

“Of course, this assumes that you are simmering the brain in a cream sauce,”

“This also assumes that you have time to treat the brains gently, and that will often mean soaking them in milk for a few hours.”

Well All I gots to say is you all can keep on eating them brains, Ill stick to BACON! and of course the occasional dead hooker! 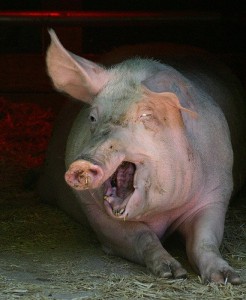