So Kiddies, here we have another example of Naked People eating the Flesh off of their victims. I dont know about you but the Next time I see a naked person trying to lure me closer, I’ll be putting one in their head  Just to be safe.  wait a minute… This may put a damper on my sex life but then again maybe not.

PALMETTO, Fla. – The latest in a string of “zombie” like attacks happened in a Manatee County home Wednesday night after a man under the influence went into a fit of rage and bit a piece of someone’s arm off during a visit with his children.

Much like the Miami face-eating attack, 26-year-old Charles Baker got naked, ate human flesh and wouldn’t go down without a fight, according to a Manatee County Sheriff’s Office report.
Authorities say Baker went to his girlfriend’s home on 25th St in Palmetto to visit his kids at 10:15 p.m. They say he was high on an unknown substance when he knocked on the door, then barged in, began yelling and taking off his clothes.
He was screaming and wouldn’t calm down, then began throwing furniture around the home.
Jeffery Blake, who lives in the home, attempted to restrain Baker, but the suspect bit him, taking a chunk of his flesh from his bicep. 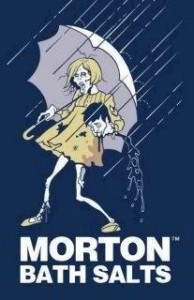